Declared a World Heritage Site in 2016 (http://whc.unesco.org/en/list/1501), Antequera is a picturesque town steeped in history that boasts monuments, ancient churches, a grand cathedral and of course a towering castle set atop a hill in the middle of the historical area.

Geographically, it is positioned in the heart of Andalusia and has optimal motorway and train access to all the surrounding capitals: Malaga and the Costa del Sol, 30-45 minutes drive; Seville, 1hr 20 mins; Granada and Sierra Nevada, 50 mins; and Cordoba, 1hr 20mins. So skiing in Granada during winter and relaxing on the Malaga beaches for the rest of the year is perfectly feasible! Antequera also has a challenging 18 hole golf course. 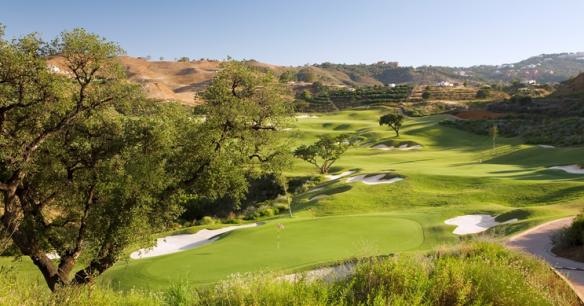 An important farming area for centuries, the land produces a great variety of vegetables, cereals, olives and in summer, fields of bright yellow sunflowers. Out of this fertile plain juts an enormous limestone rock (880 metres high) known as the Peña de los Enamorados (Lovers’ Rock), or the sleeping giant.

The El Torcal Nature Reserve, located just south of Antequera, is famous for its unique limestone rock formations, and within its 17 square kilometres are some of the most stunning and impressive limestone landscapes and formations in Europe. The heart of the reserve, at 1100 metres above sea level, is easily accessed by car. Enthusiasts will be captivated by the broad variety of flora and fauna, and after exploring the many walking trails, visitors can enjoy an information centre, gift shop, restaurant-cafeteria and a lookout with breathtaking views that extend to the Mediterranean Sea and beyond! 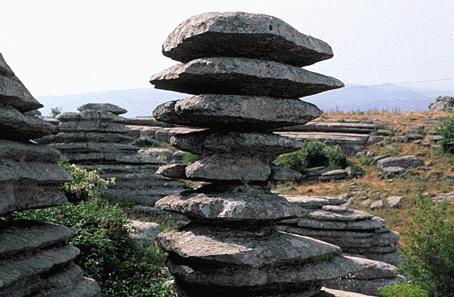 On the northern outskirts of the city there are two Bronze Age mounds (barrows or dolmens), the Menga Dolmen and the Viera Dolmen, dating from the 3rd millennium BCE. They are the largest such structures in Europe. The larger one, Menga, is twenty-five metres in diameter and four metres high, and was built with thirty two megaliths, the largest weighing about 180 tonnes. After completion of the chamber and the path leading into the centre, the stone structure was covered with earth and built up into the hill that can be seen today. The Romeral Dolmen, which dates from about 1800 BCE, lies just outside the city. A large number of smaller stones were used in its construction. Los Silillos, a significant Bronze Age prehistoric village was uncovered several miles north of Antequera.

From the 7th century BCE, the region was settled by the Iberians, whose cultural and economic contacts with the Phoenicians and Greeks are demonstrated by many archaeological discoveries. In the middle of the 1st millennium BCE, the Iberians mingled with wandering Celts and with the civilization of Tartessos of southern Spain. 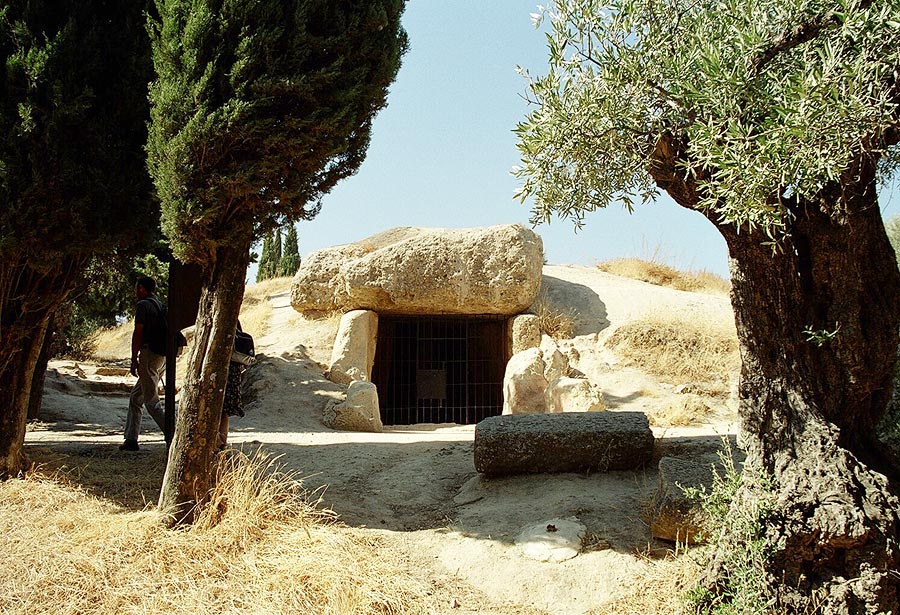 The Dolmen complex of Menga, Viera and Romeral, the Peña de los Enamorados and the El Torcal Nature Reserve have all since been declared a UNESCO World Heritage site (http://whc.unesco.org/en/list/1501).